Gregory T: He supported a member of The Greatest Generation and was treasured in return

Gregory T. came to the Thulani Program when his companion and guardian, Bob Goodwin, passed away recently at the age of 89. Bob and Gregory T. had been inseparable for more than six years, a bond that grew out of an incredible story. 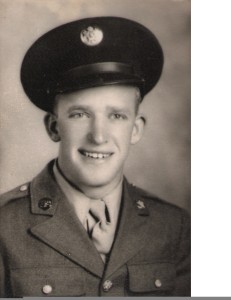 Bob Goodwin enlisted in the Army during WWII, at the age of 17, and was shipped to the Burma theater. He and his squad were engaged in nearly daily combat for long periods of time. At some point during the war, Bob acquired a Belgian Malinois that quickly became not only the squad mascot, but also a valuable security partner. This dog provided Bob with companionship and comfort during this very difficult period of his life. Tragically, the dog was killed shortly before Bob returned to the states. 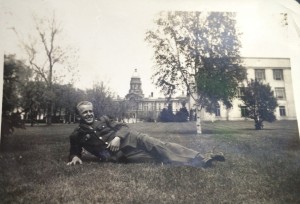 Bob survived horrible combat and a near-fatal bout with malaria, and returned having earned three Bronze Stars and Two Purple Hearts. Bob was clearly one of The Greatest Generation.

Bob’s grandson Tom reports that roughly seven years ago “my grandfather went to the San Mateo SPCA to look for a dog to adopt. He specifically asked to see the dogs that weren’t up for adoption, and in his exact words (which I heard him say many times retelling the story), he asked them to ‘show me the dogs that nobody wants.’ He was immediately smitten by Gregory, as his features were very reminiscent of the Mal he had overseas, and who guarded and supported him during the most difficult time in his life. Gregory was like a son to him, and grandpa would take him absolutely everywhere he went, and Gregory, like the dog he had overseas, was his constant companion and provided him with much emotional support during the last several years of his life.” 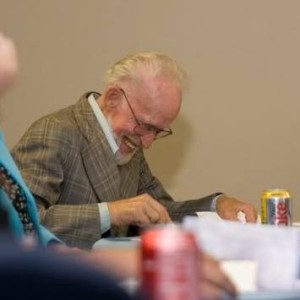 We are all saddened by Bob’s passing, and in a small token to the huge debt we Americans owe him and his generation, we will make the rest of Gregory T’s life as good as we possibly can. 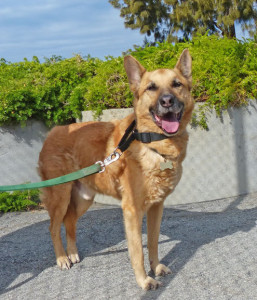 Thank you Bob and your unknown combat partner, we all owe you. Rest in Peace with the full knowledge that Gregory T. will be taken care of. And thank you Tom for your work to make sure that happens.