Jack T.: The (Elderly) Don Juan of the Thulani Program 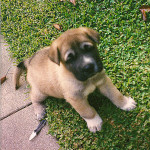 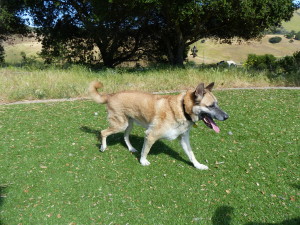 Jack T. had the perfect life for a dog.  He was adopted as a puppy by a wonderful couple, and he lived a loving life with them until he was about 11 years old.  They adored him and gave him everything he could want.  But then, tragically, both of them died within about five months of each other.  Jack was left adrift until a friend of his loving companions stepped in to make sure Jack could live out his life in another good home—it wouldn’t be with his long-time companions but in its own way, this new home should be almost as good.

So we in the Thulani Program stepped up and brought him into our care.  And what a treasure he is. 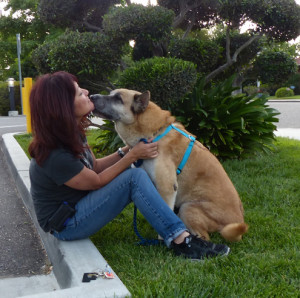 Rodin’s ‘The Kiss’ has nothing over this

Jack is one of the most loving dogs we have ever brought into the program.  He revels in human contact, and he is absolutely wonderful with other dogs.  He lived with a poodle that he was very tolerant of (much more so than I would have been) and since coming to us, he has met six dogs of various flavors, and not only did well with them, but solicited their attention and company.  When left alone, Jack will occasionally let out a low soulful howl that will grab your heartstrings and tug on them.  Jack is a bit stiff in his rear end, but is very mobile, able to negotiate a flight of about 10 stairs without assistance  (see this video to observe Jack in action  http://youtu.be/Gv9nDUnrwgg )

Jack’s main limitation (although he will be quick to deny it is a limitation) is that he is almost blind.  But like most of the blind German Shepherds I have interacted with, in a new situation, he quickly draws a mental map, and moves around confidently, only occasionally running into narrow vertical objects, or stumbling over small objects near the ground.  Look at the video again if you need to see how well he functions.  I suspect his hesitancy in starting up the stairs might have been due to his rear end, not his blindness.  To compensate for his vision problems, perhaps, Jack’s hearing seems to be extremely good.  Also to compensate, when being walked on lead in a new area, he likes to walk on your right, and often will move over to rub up against your leg.  But by the time he has walked the same route a couple of times, he will move confidently out in front of you. 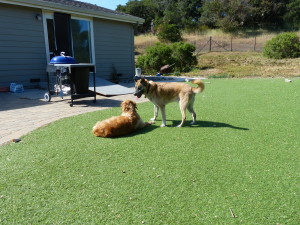 Jack’s ideal home would be one with his person/people around most of the time (although he is fine being left alone for periods of time) and likely with an older dog for a constant companion.  We have not tested him with cats, but given the rest of his behavior, my guess would be that he would live peacefully with cats.

Jack deserves a super home and The Thulani Program will do everything in our power to make sure he finds the right one.  Because he is in the Thulani Program, we will cover his medical costs for the rest of his natural life.  If you are interested in learning more about Jack, or are possibly interested in providing him with his forever home, please contact Bob at thulanidogs@gsrnc.org.

This entry was posted by ravikravik on May 19, 2014 at 6:22 pm, and is filed under Recent News. Follow any responses to this post through RSS 2.0. You can leave a response or trackback from your own site.