5
by ravikravik in Recent News 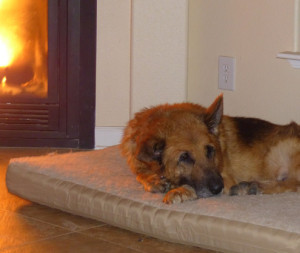 Many of you have asked about Caesar T., especially now that he no longer is shown on the website.  Some of you clearly feared the worst.  Well, you can all relax–Caesar T. has found his forever home.  After integrating him into our household in order to learn who he is, my wife and I learned that he is our next family dog.  He is living happily and peacefully with us and our pack of three males and a female.  He has earned unrestricted house privileges, is actually more mobile than he was when he arrived (despite the DM), still has an opinion about a lot of things, and is incredibly tolerant and blasé about the antics of the rest of the dogs. 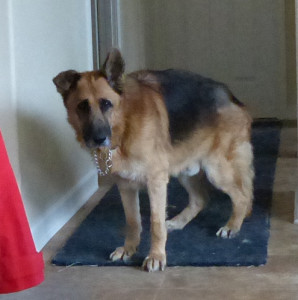 As you may remember, Caesar T. was rescued from intolerable conditions and a miserable existence, and brought into the Thulani Program (see http://thulanidogs.org/2013/10/14/caesar-t-enough-to-make-your-blood-boil/).   He was in poor shape and came with the message that he did not get along with male dogs.  Baloney!!! 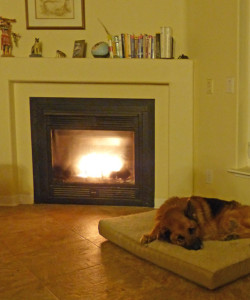 Caesar has his choice of 10 pads on which to take his frequent siestas,  including his favorite pad by the fireplace (when I wanted to get the pictures for this post, Caesar was asleep in the other room.  So I turned on the fireplace, and Caesar appeared in two minutes to assume his favorite position).

A particularly engaging ritual for us now is dinner-time.  As soon as the bowls start to rattle, Caesar comes into the kitchen to proclaim LOUDLY that we have waited much too long and that he is starving.  I am sure if he had his own smart phone, he would be calling the SPCA to report us.  Then, to reinforce the point, he starts running circles around the ‘island’ in the kitchen (remember, this is an advanced DM dog).  And of course, the rest of our pack, not be outdone, starts a chorus of their own.

Caesar is a lovely addition to our family, and has a home for as long as he wants one.

Rocky T. (Now Marty T.) Has Friends All Over The Country

6
by ravikravik in Recent News

Just when your spirits are down and you have lost faith in your fellow humans because of the way some treat their dogs, especially the seniors, along comes a story like this to restore your faith in at least part of the human race.

Rocky T. (we are renaming him Marty T.!) is a senior German Shepherd whose owner died and whose family did not want to be bothered with him so they took him to a shelter from which very few GSDs, even young and beautiful ones, get adopted.  Marty’s prospects were about as grim as they could be.  But because of an incredible group of humans with a wonderful collective mission, Marty’s story will not have the usual ending.

The Thulani Program was contacted by someone in another state asking whether we might consider taking Marty T. into our hospice program.  The woman described the small group she worked with to save GSDs (often seniors) in many parts of the country, and explained that there was a dog in a southern California shelter that needed a hospice home.   She described the shelter as one with a caring staff, but one that did not get a lot of exposure for their dogs. 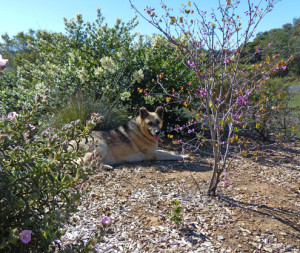 To put this into context, I get 5-10 contacts a day from all over the country, wanting the Thulani Program to help deserving German Shepherds, mostly from cross-posters about dogs thousands of miles from us, who don’t know where we are.

But this was very different.  This group had a plan for saving Marty.  They asked me what I needed to know about him and what sort of tests they might do to help with my decision, they notified the shelter staff that they had a possible placement, and got videos of temperament testing and aggression testing, they offered to pull him and place him in a boarding kennel until I could arrange to get him, and they offered to generate donations for covering his medical and other costs.  When I explained what I needed, they immediately got busy, and within a couple of days had produced everything I had asked for.  I was stunned. 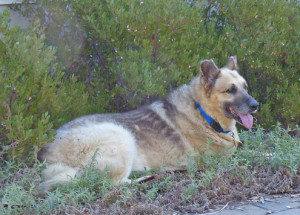 Please give a shout-out for the members in the Miracle GSD Network (from all over the country!), volunteers in southern California, dedicated shelter staff and volunteers from the Moreno Valley Shelter who spent their own free time helping this boy, and for generous people all over the country who donated money to help Marty T. on his way.  The Thulani Program is in a certain level of euphoric shock that so many people have stepped forward to help this wonderful boy, and we will do our part to make sure that the rest of Marty T’s life is as good as it can be.