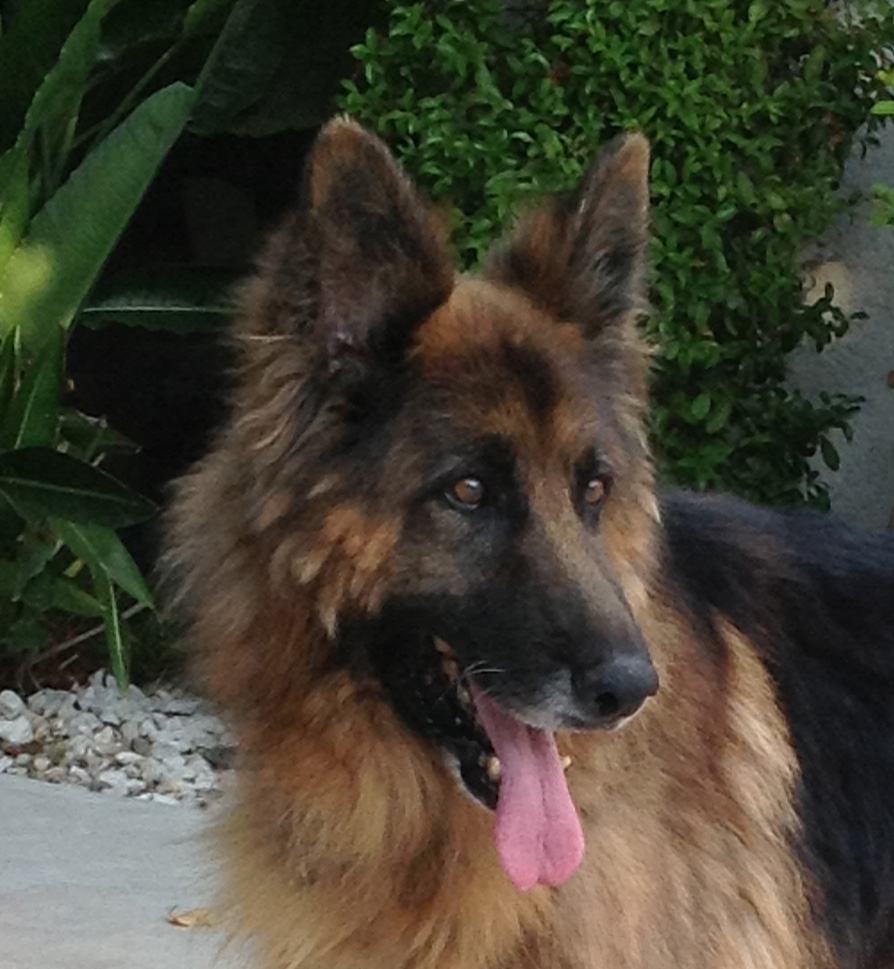 We said goodbye to Mozart T. this afternoon.  He died peacefully with his head in my lap, after enthusiastically consuming a bottle of ‘baby beef’ and a bottle of ‘baby chicken’.  Rest in peace, dear Mozart, you have earned it.

.
We brought Mozart T. into our home from the Baldwin Park Shelter in Los Angeles about a month ago.  He melded smoothly into our pack and into our lives, without a ripple of disturbance.  He was a very easy dog to be around.  But he had his problems, physically.  He was almost immobile when he arrived, with back legs that he could only use with help and great difficulty.  We rearranged our house to ease his arrival, and helped him with his regular activities.

.
As the weeks went on, we began to let our hopes rise as he began to use his rear legs more, and to move about more independently.  That is not to say that we had hopes of curing his horrible disease, but we were encouraged to believe that we could extend his quality life a bit, and to make him more independent.  And when he needed help, he developed a very efficient means of transmitting that message to us so that we could assist him.  By last week, although his rear end would still collapse on occasion, and he never was able to walk smoothly, he was able to walk on all four feet about 60% of the time.

.
Then yesterday, disaster struck.  Within the span of less than an hour, he stopped using his rear legs entirely, and would drag them stretched out behind him whenever he moved from one spot to another.  We gave him 24 hours to see if things would improve, but there was no sign of improvement.

.
So we took him into the vet hospital.  X-Rays gave no hint as to what might be causing his difficulty.  But we did learn that he had essentially no feeling in his rear end from about his mid-spine back.  None.

.
With information from the veterinarian, I made the final ‘quality of life’ decision, and let him go.  We still do not know the precise cause of this sudden, catastrophic failure, but we could readily see what condition he was in, and that was not tolerable. 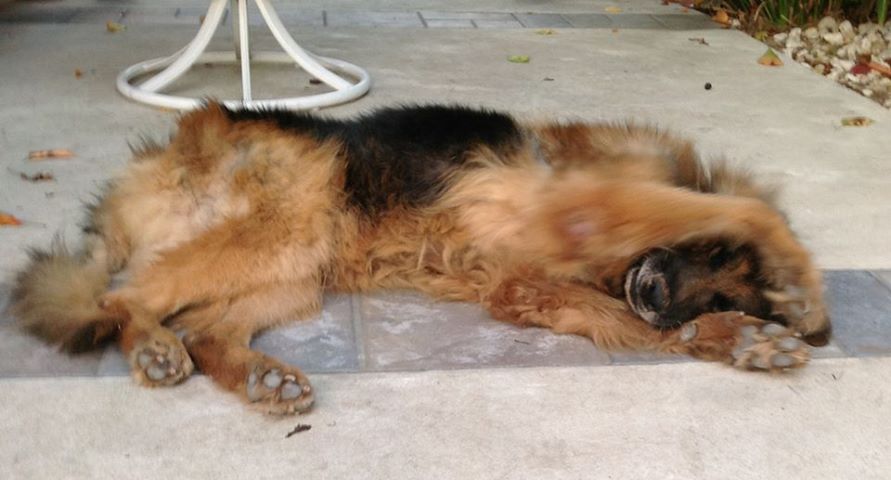 We learned a lot from Mozart about coping, stoic behavior, love, gentle interactions, and other life lessons.  We think his last month was a happy one for him—we know it was for us in a bittersweet sort of way.
Fare thee well, Mozart.  We will meet again.

This entry was posted by admin on August 20, 2013 at 1:53 am, and is filed under Recent News. Follow any responses to this post through RSS 2.0. You can leave a response or trackback from your own site.