It is with great sadness that we pass along that Sigmund T. passed to the Rainbow Bridge last Wednesday.   Siggy, as he was known to his devoted foster family, lived his last five months with Colby and Jim on the beautiful Sonoma Coast at Sea Ranch, just minutes from the beaches and forests.  Siggy lived in warmth, comfort, and love until his final days—including breakfast and dinner in bed, and Colby and Jim acting as his loyal servants-tending to his every need and wish.

When Sigmund T. first came into the Thulani Program, we were puzzled because he had been well cared for, neutered, and microchipped, yet his owners did not come to claim him.  In fact, we titled his announcement post  ‘Sigmund T.: Why Are You With Us?’.

Unfortunately, it was a mystery that his foster family soon solved.  Siggy did have a level of Degenerative Myelopathy (or some similar condition affecting his rear end) but not really much worse than a lot of our senior dogs.  But what his fosterers began to realize is that he was suffering from progressive dementia.  Many people are only vaguely aware that dogs can fall victim to dementia just like people, and we often ignore the symptoms or attribute them to something else.

Colby and Jim want to share what they have learned so that others may be better able to deal with their dogs if they suffer from this horrible disease.

In Colby and Jim’s words:

“He is a very sweet boy and does not deserve to suffer so this is for the best.  So many dog owners and cat owners are unaware that their old pets can have dementia so he has been a good chance to talk about it.  I would give him hugs except he does not want to interact and does not want pettings, this is common with dementia – a pulling away from interaction with all.

The most common signs are;
breaking house training
unable to obey commands – especially more complicated ones
loss of interest in toys
loss of interest in interaction with you, – pettings
going to the wrong side of the door – hinge side
inverting night and day
stressing over nothing – barking etc..
Siggy wants to be with me or Jim all the time, he is very stressed about being alone so one of us is always with him.  It is hard but it is time for his sake.”

Fare thee well, Siggy—we will meet you at the Rainbow Bridge someday.

Below are some collages of Siggy’s life.  Please enjoy them.

And thank you Colby and Jim. 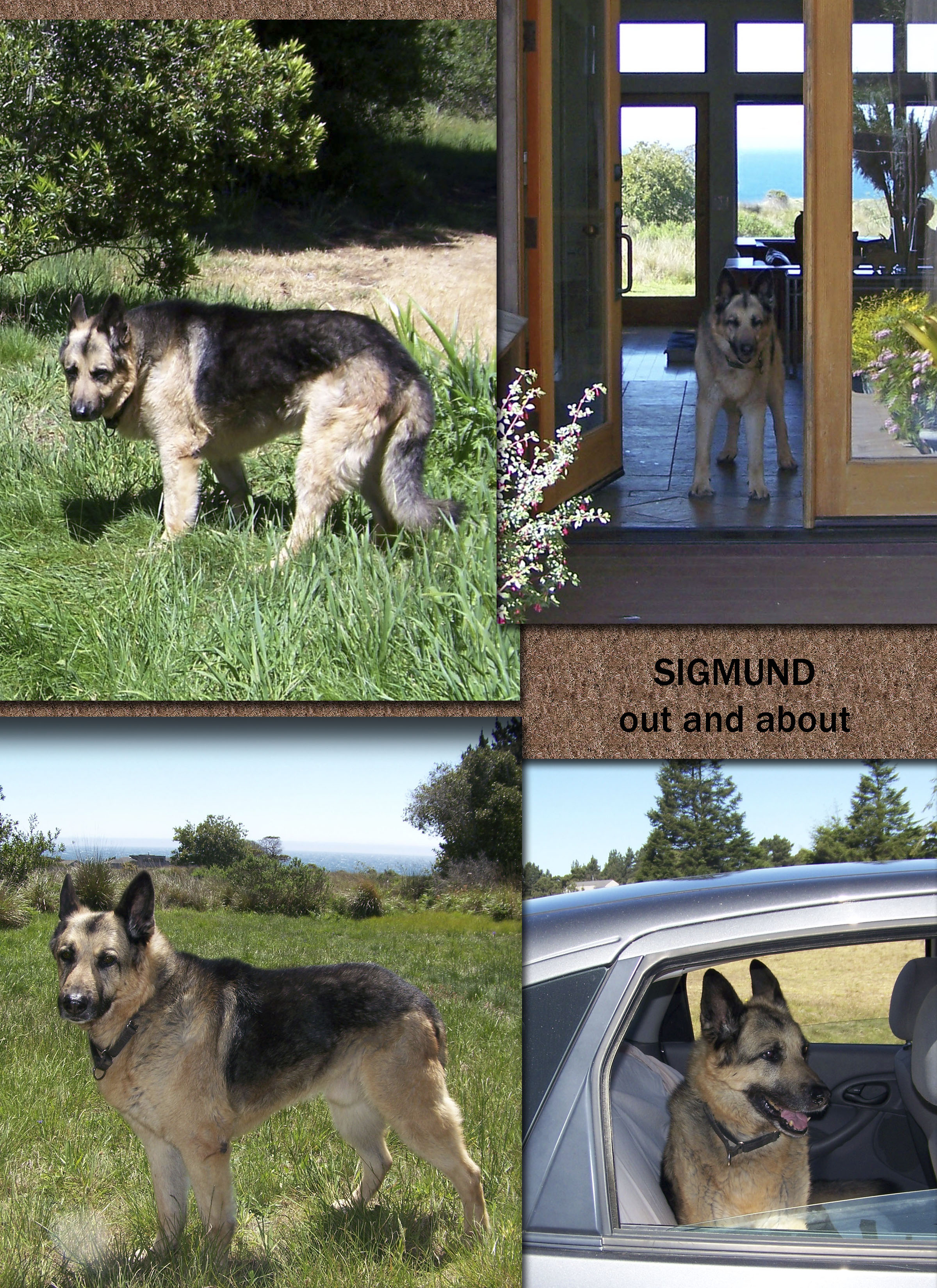 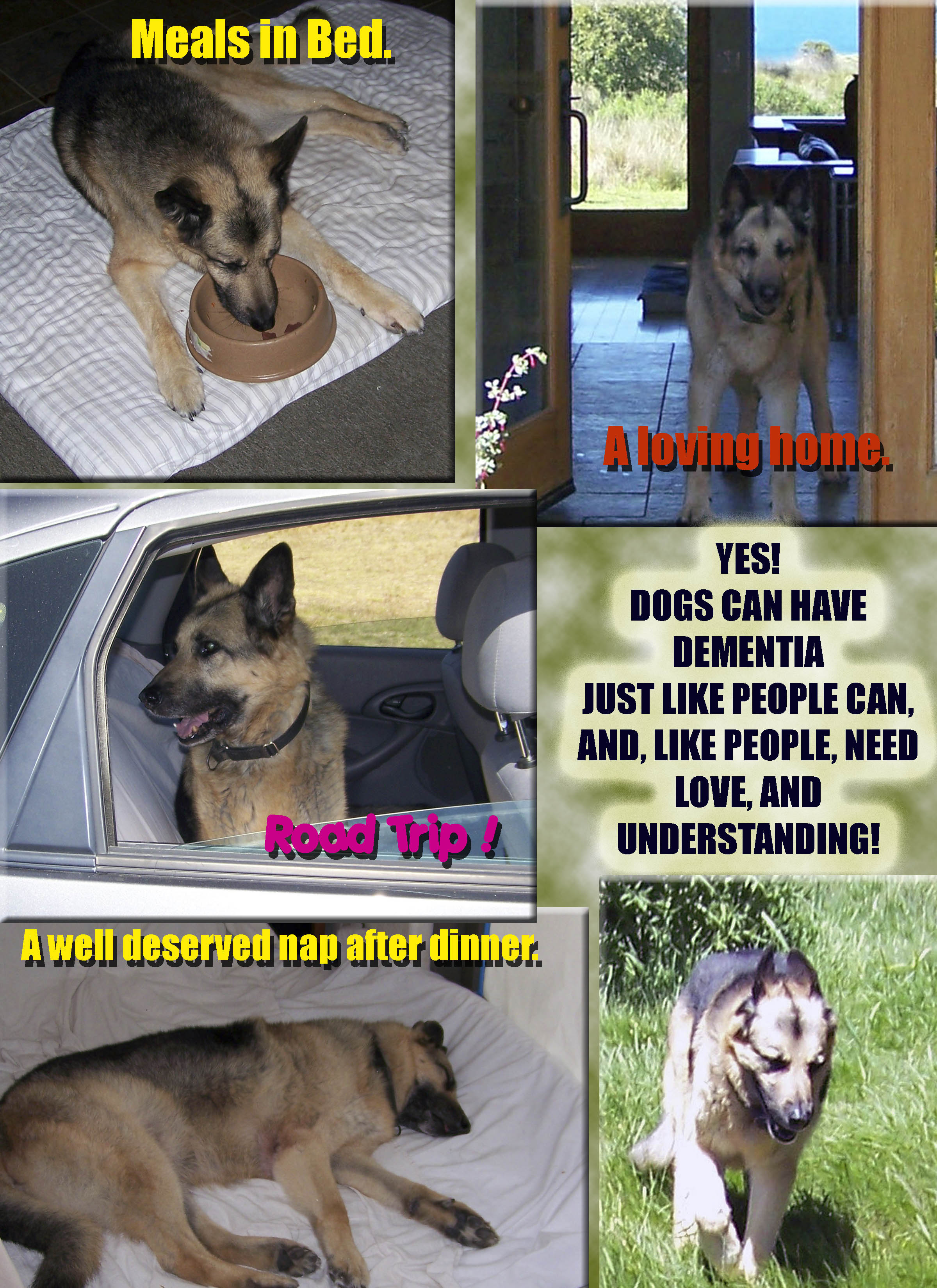 This entry was posted by admin on August 19, 2013 at 4:30 am, and is filed under Recent News. Follow any responses to this post through RSS 2.0. You can leave a response or trackback from your own site.