Zane T: An Incredible Light That Dimmed Too Soon

2
by admin in Recent News 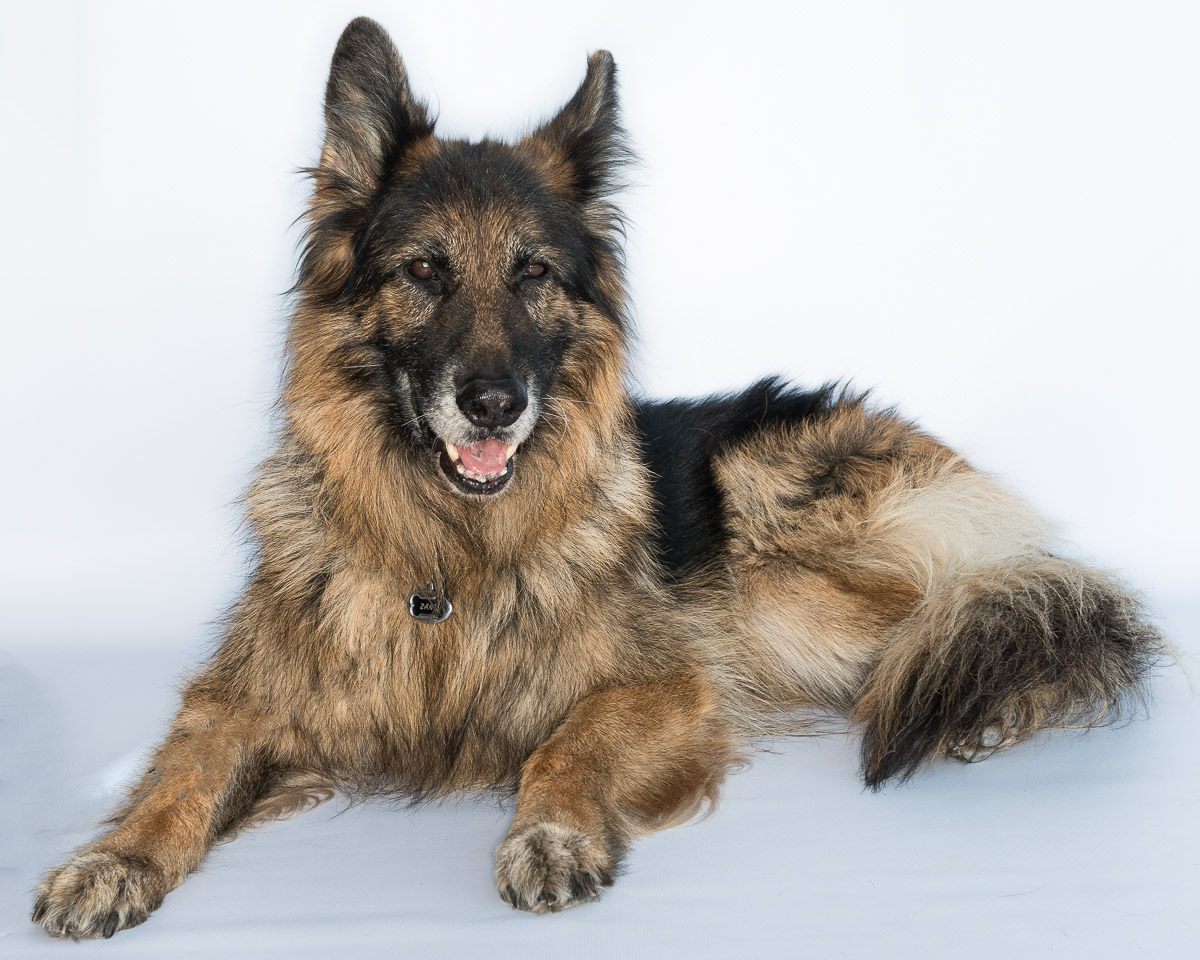 Zane had the best life–the constant and sole companion of Denis for 12 years of his life.  But then disaster struck when Denis died.  Prospects for a 12 yr old German Shepherd, even one as fabulous as Zane, are not good.  But Denis’ daughter would not give up, and she found the Thulani Program.  We took Zane in, and immediately found Valerie and Dan A. who wanted to make Zane part of their family. 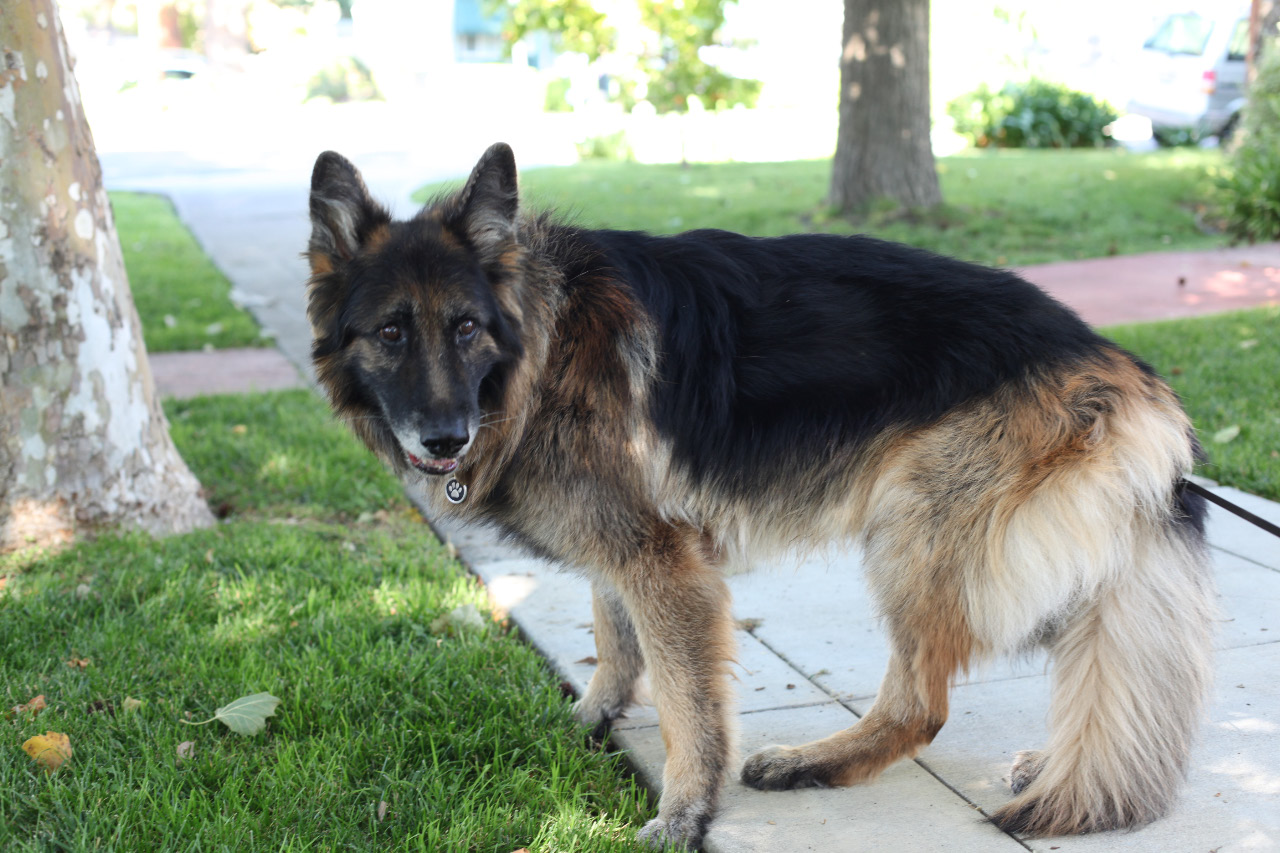 Zane found his salvation!  Valerie and Dan doted over him, put up with his mild separation anxiety, reveled in his somewhat quirky behavior, loved him for everything he naturally was, and gradually convinced him that a wonderful new chapter had begun for him.  And that was exactly the case for four glorious months.  Zane settled in, gave his full love and attention to Valerie and Dan, especially Valerie who was with him constantly while Dan traveled for long periods.  The stories that Valerie passed along were riveting, heartwarming, inspirational, and incredibly gratifying. 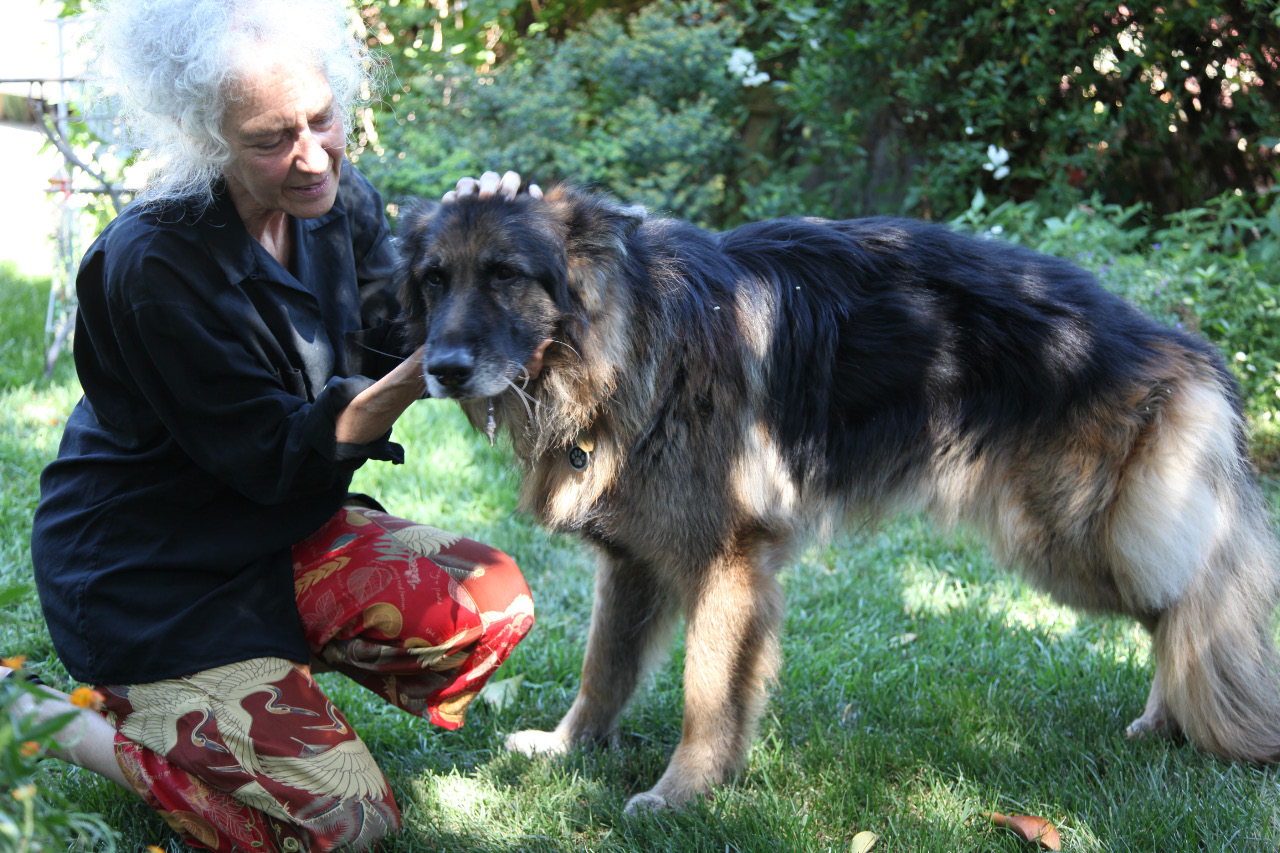 But then a short time ago, disaster struck again when Zane was diagnosed with an extremely fast moving and aggressive oral cancer.  Although the news was devastating, Valerie and Dan dealt with it by emulating Zane–living ‘in the moment’, not dwelling on stories about  tomorrow, and enjoying everything Zane was willing to grant them.

They let Zane go last week, but the pictures accompanying this tribute speak volumes of the devotion, the depth of the bond, the intensity of the relationship between Zane and Valerie and Dan, and the bittersweet joy that characterized this most intense final chapter of their relationship.

We should all grieve and exalt in this example of one of life’s most awe-inspiring events. 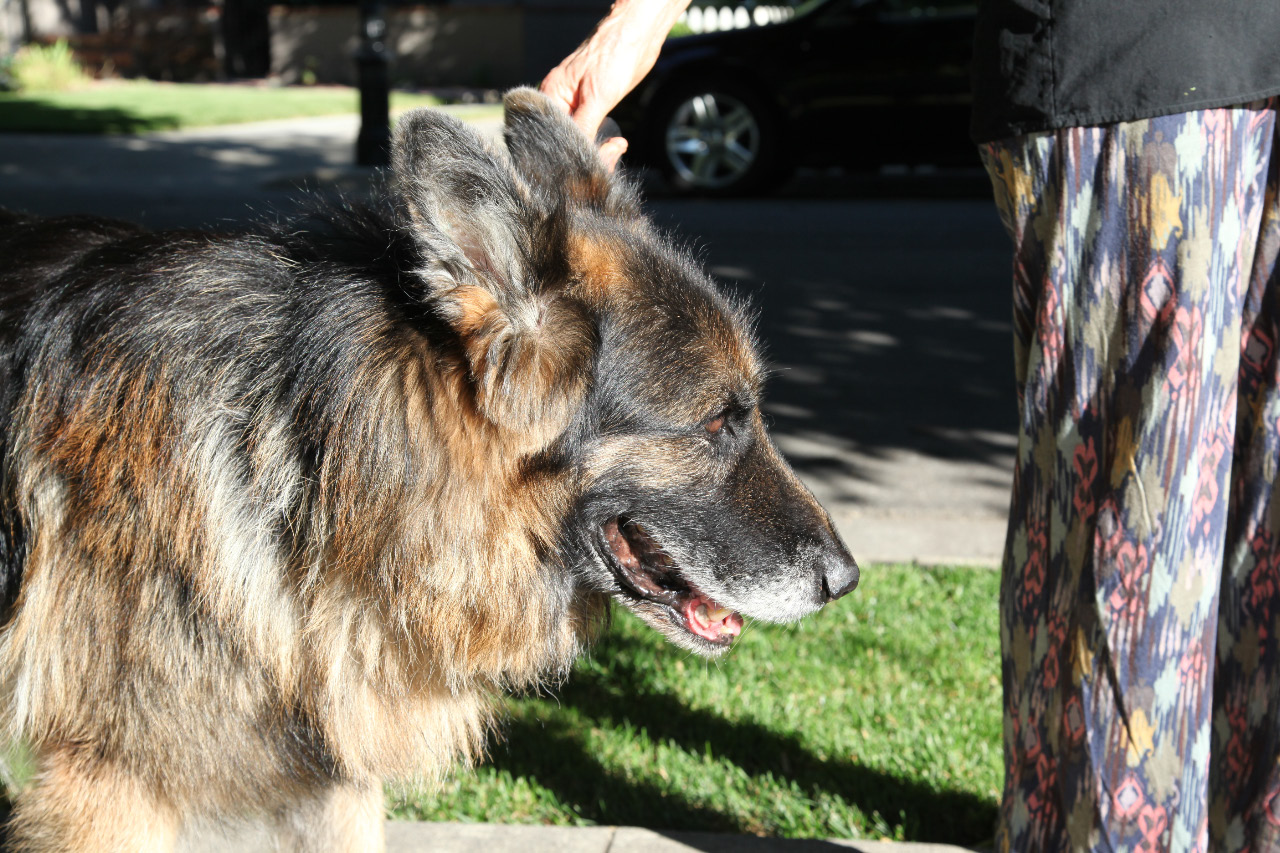 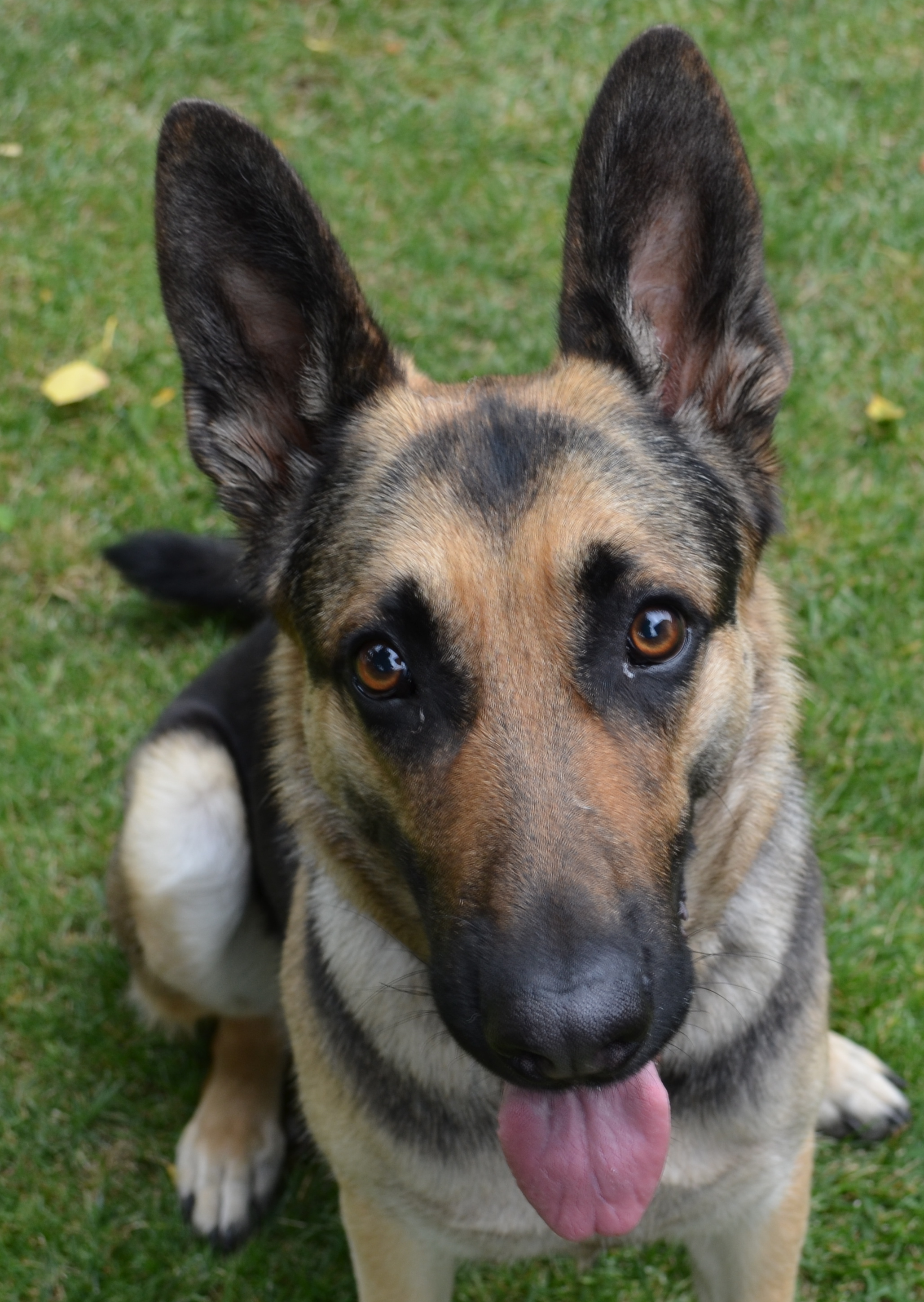 The last time we saw Jayne (AKA Thulani dog Janie T.), she was settling into her new home, and was having a great time playing with the Preston family and with her fur brother Rex.

Well, now, she has revealed a new talent—soccer defender.

Susan and her family are hosting some professional soccer coaches from Holland.  While they were working with Sarah and Cole Preston on soccer skills, everyone noticed that Jayne had some unusual focus and talents.  No one was going to get a soccer ball past her and get close enough to the goal to even think about scoring.  Enjoy the pics attached.

It is rumored that Jayne will be offered a contract to play in Europe—unconfirmed, but if you look at these pics, it seems logical. 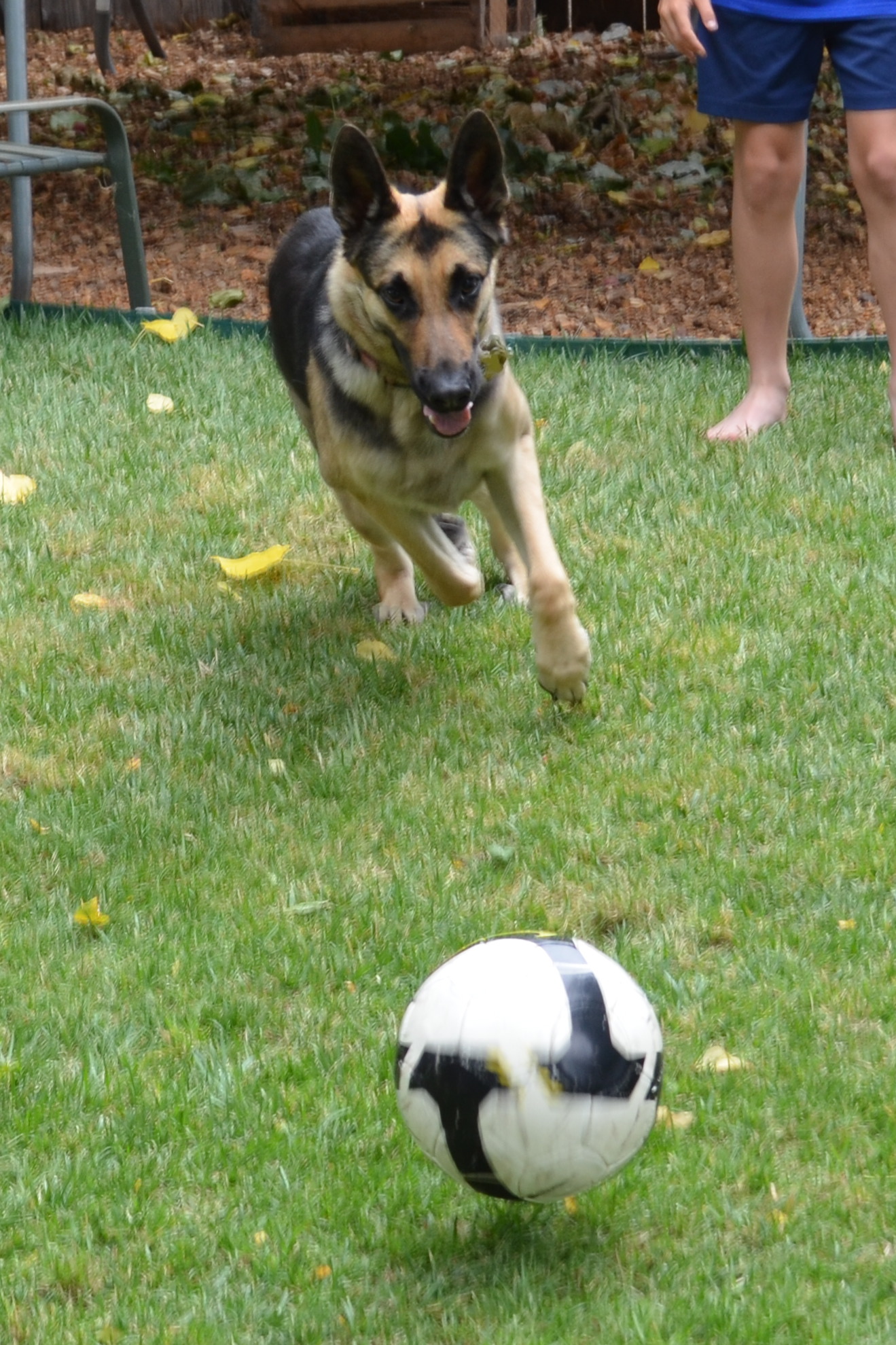 Do you want her on your team? 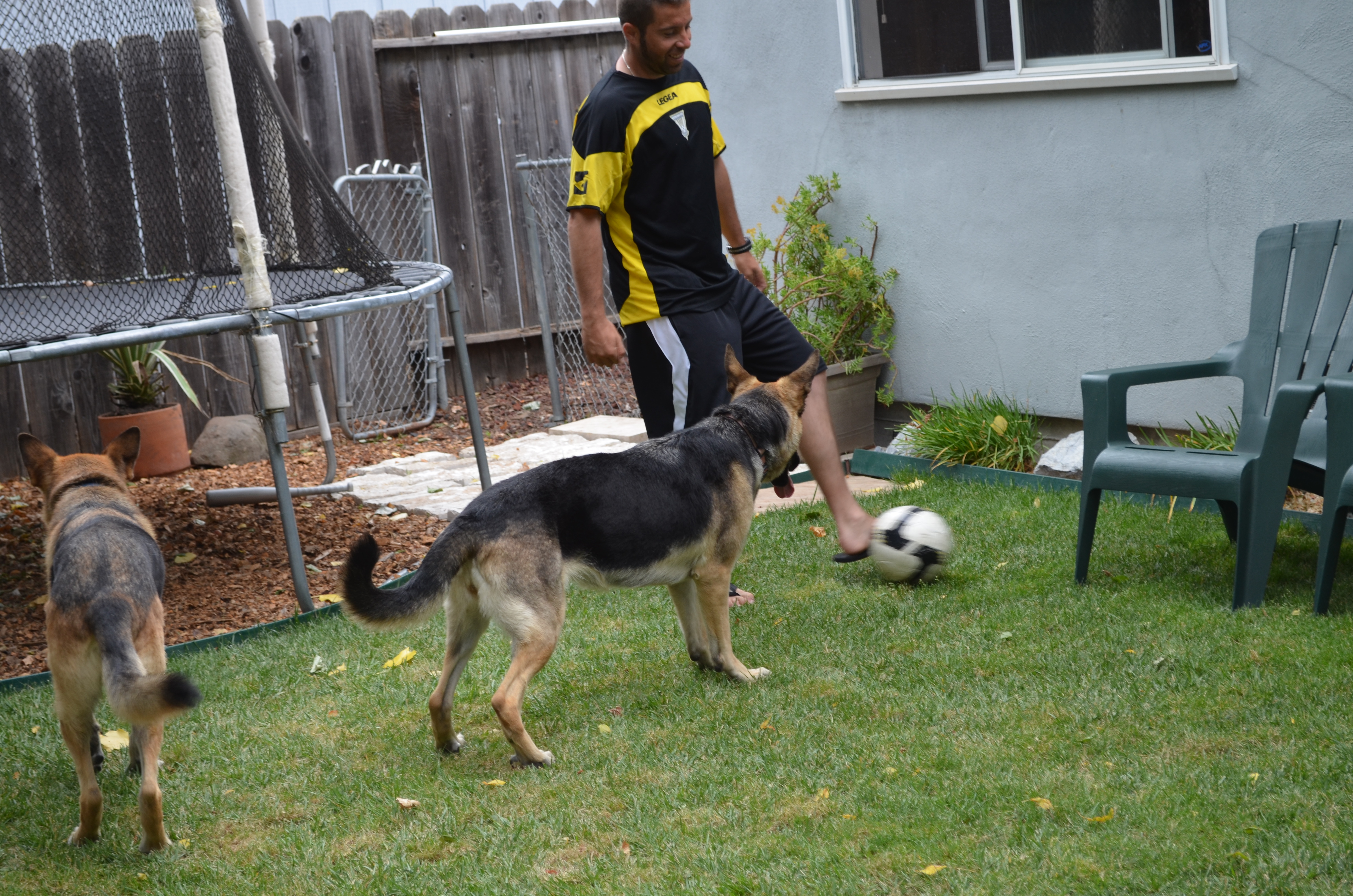 OK, do something with the ball!! 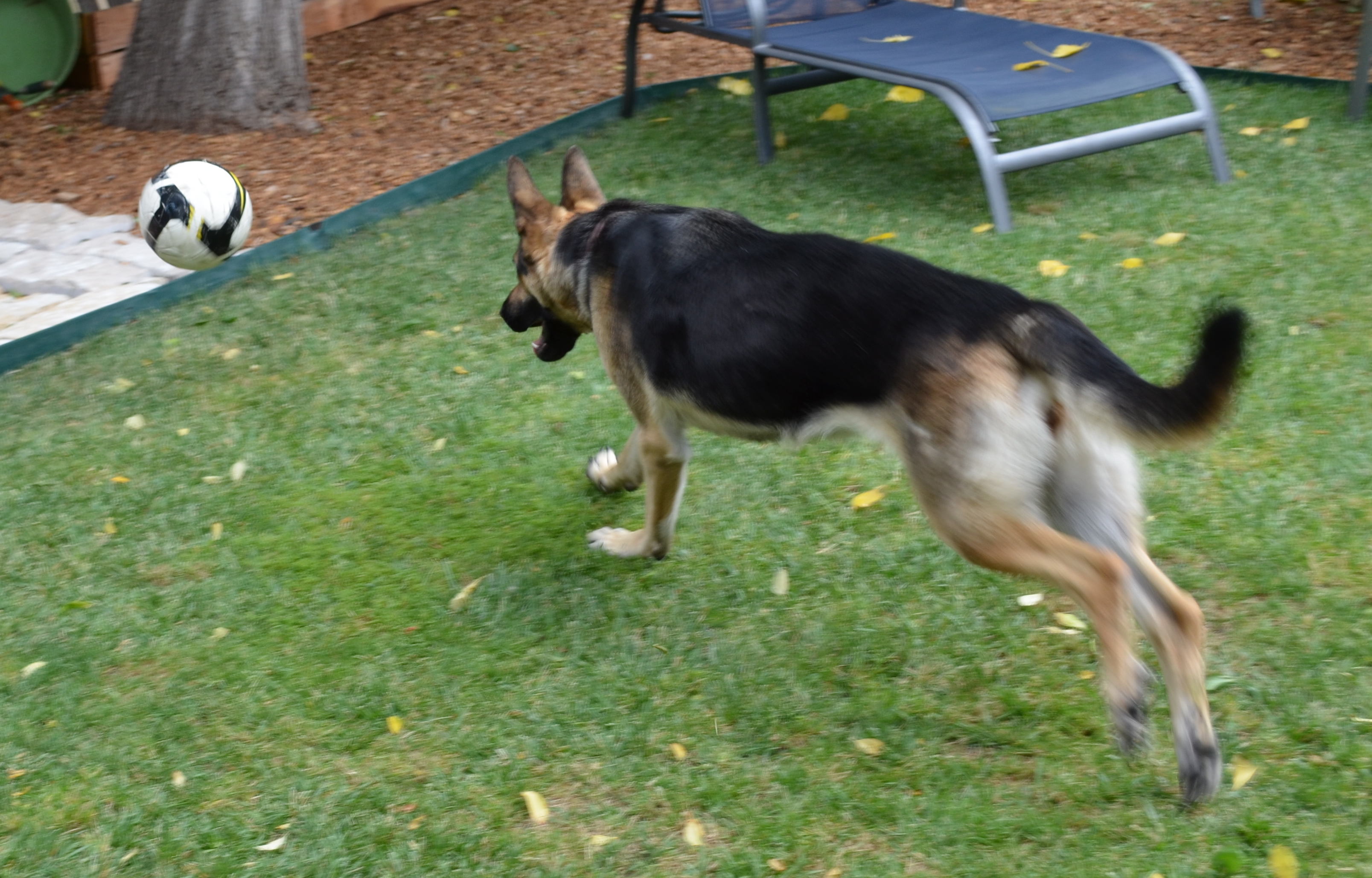 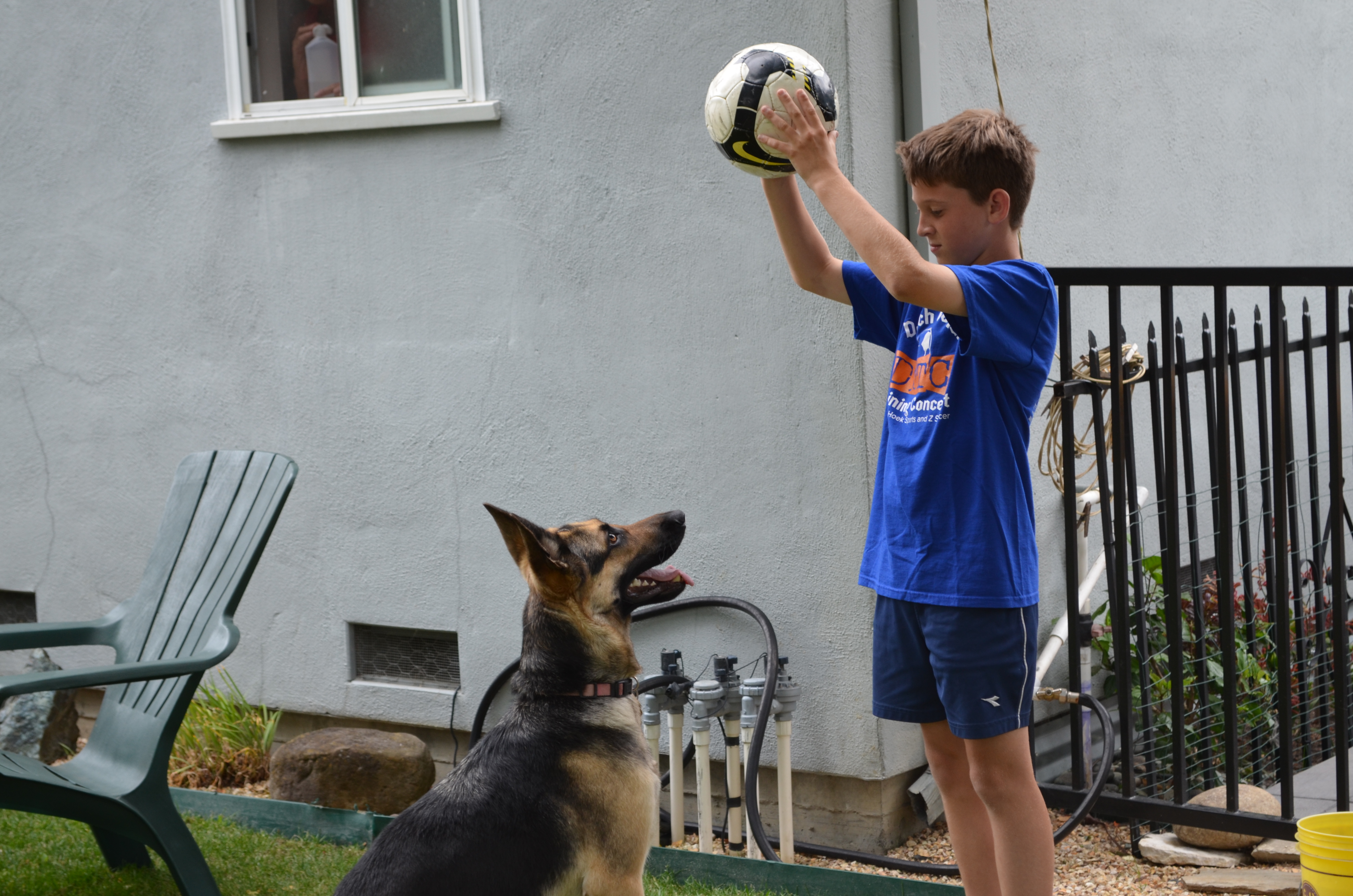 So that is a throw-in? 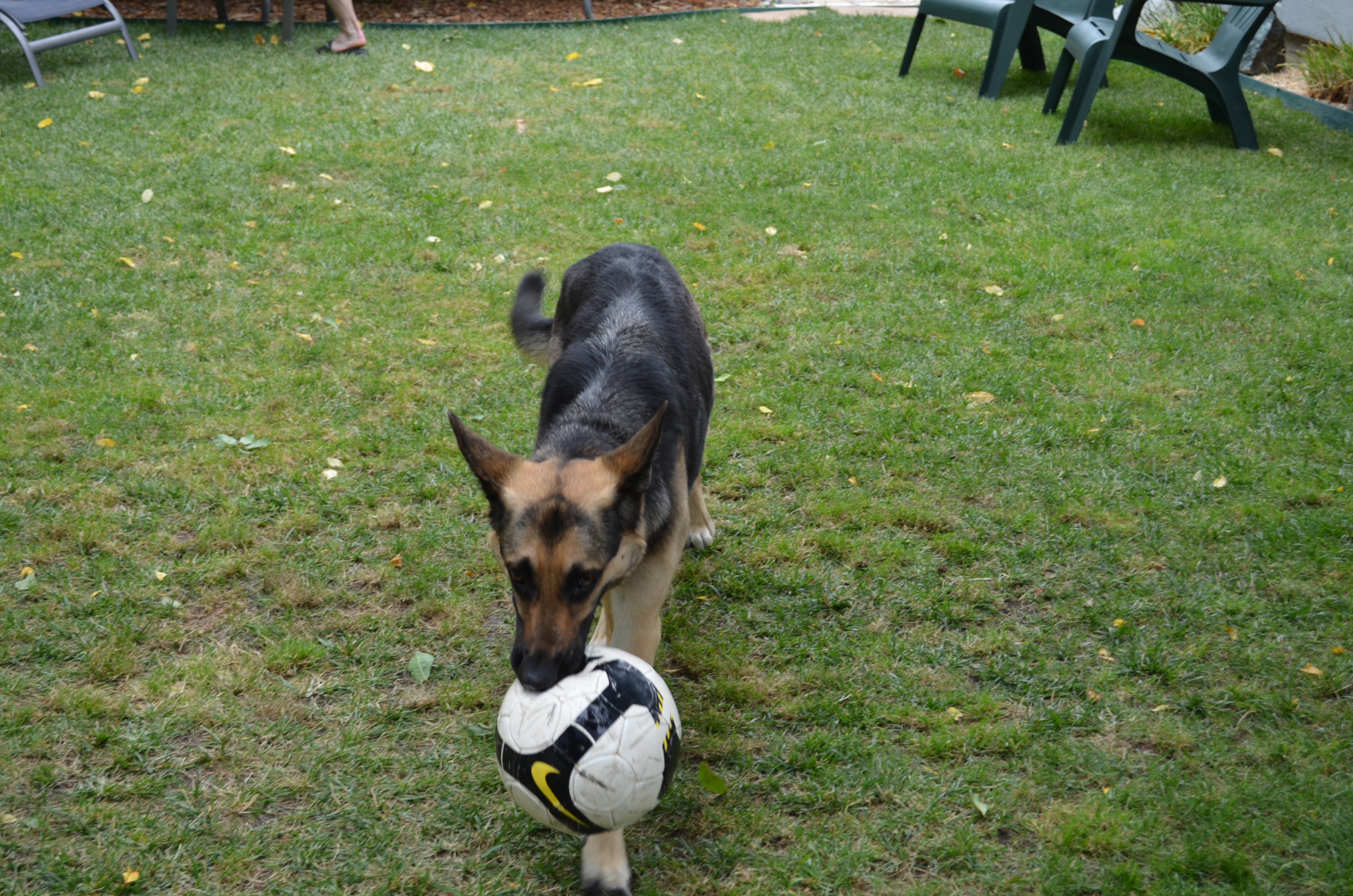 come and get it!!

King T.: He Should Be King 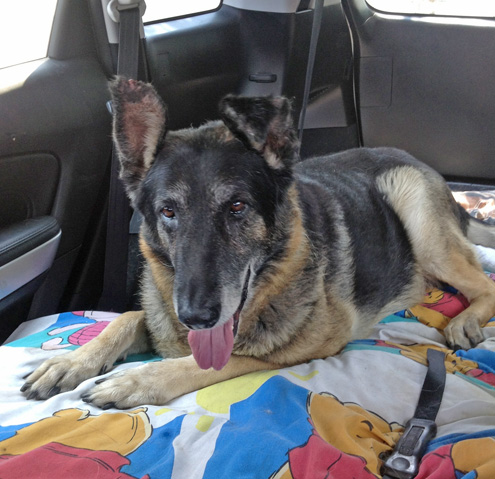 King T. lives up to his name. I don’t know if he is a ‘King’ Shepherd, but he is a very large, handsome, loveable boy who just wants your attention. He is people and dog friendly, wants to please, rides well in the car, and likes to go for walks. He likely was an outside dog, but is housetrained.

King T. seems to be very healthy for a senior.  He does favor his left front foot at times, but seems to ‘walk it off’ as he moves around. We will look into what is causing this. 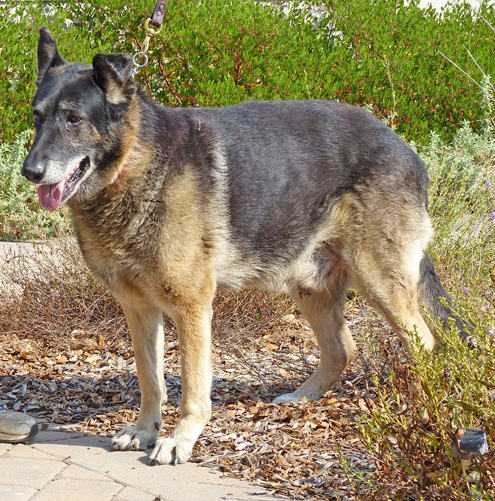 For all of his size, King is a gentle giant and very affectionate. He is in the Thulani Program because of his age. He will make someone a great family companion.

King needs a special home in which to live out his life in comfort and love.  If you might be interested in providing King a loving home for whatever time he has left, we will cover all expenses. Please contact Bob at thulanidogs@gsrnc.org